I know, I know

It must seem every time an argument is put forward about anything to do with politics it all boils down to money. But this is surely a reasonable expectation, given that the job of most governments is to collect and then spend the money of the people they purportedly represent in a manner they see most universally suitable.

Do not think just because you personally do not pay a direct tax to Europe that it’s not your money being spent. It is. And a whopping estimated £48million a day goes to Brussels from the UK.

Yet in Europe, the state of their own finances is atrocious. While they chastise Greece and Ireland for running up enormous deficits and have in the case of the former turned the country into little more than an economic protectorate, their own fiscal record is far from unimpeachable.

Not only has the Commission failed to have its annual accounts signed off for the past 16 years (and let’s remember their former Chief Accountant turned whistle blower was so appalled by what she had witnessed she signed up as a UKIP MEP) but when there’s allegation of serious wrong doing, everything is brushed under the carpet. Meanwhile they are standing with their begging bowl insisting that non Eurozone member states contribute to a bail out fund to rescue their pet project currency that countries such as

the UK were wise enough to never sign up to.

More recently a sting by The Sunday Times revealed three MEPs willing to take money from planted bogus lobbyists in return for introducing amendments to European Regulations. Out came OLAF from retirement (the European Commissions own Office of Fraud Busters) yet were then barred from the offices of the three accused MEPs by the Eropean Parliament in an utterly laughable twist to the plot, leaving everyone scratching their heads as to who has the legal entitlement to investigate bribery of this kind. Should the honour be bestowed on national authorities, or can the EU wade in and conduct their own investigation (whose credibility, I hasten to add, would probably be called into question anyway).

Yet Europe is keen to set up a financial services watchdog that will operate on a pan European basis and tell every financial institution in the 27 member states how to conduct their dealings. Whilst from the outside in the wake of a recession it may seem eminently sensible, let us not forget that this is the self same Union that insists on awarding itself a year on year budget increase despite openly acknowledging that purse strings need to be tightened. To quell the upset in The City, which effectively manages around three quarters of European and international financial transaction, former UK Financial Services Authority head honcho Verena Ross has been granted the title of Executive Director of the European Securities and Markets Authority, as if that is going to make the big banks less jittery about suddenly having a rule book thrown at them.

On top of these complaitns, Brussels just can't seem to stop spending their own money, so it begs the question how they will go about telling banks and member states how to spend theirs. £58 million is being thrown at a House of History Museum which is designed to show a fluffy and beautiful history of harmony and similarity across our beautiful 27 nation bloc. For this reason, the clock has only been turned back only as far as 1946 due to deep divisions in the interpretations of World War II. It has also been revealed that more than £80million has been paid by the Parliament to fnd spin doctors and the hugely popular EuroParlTV, which of

the half a billion citizens it is designed to serve, attracts fewer than 850 per day.

And so that brings me to my final grumble. Ireland are needing yet more bail out cash and as predicted so does Portugal. The European Central Bank renewed its bond buying activites by purchasing €432millon government bonds, mainly from Portugal. Despite the huge spend, markets seem to have barely registered the bold move, meaning a full scale bail out is becoming increasingly inevitable. Germany, already the good Samaritan for Greece and Ireland, are likely to insist the IMF is approached, meaning, yes, you guessed it, the UK will be part funding the rescue of Lisbon. Not that we wont contribute to the European Bail Out fund, negotiations about which were plunged into despair as Lisbon fell off the bottom of the debt scale. However it has emerged that despite all of his tough talk, Cameron seems to have agreed for Britain to pay a whopping £7bn into the fund, on top of the £3bn we have already given to Ireland. It has also been suggested Greece may need to shake their tin towards the EU or IMF again in order to reach the targets laid down by the Commission, as will Ireland. And of course, as we’ve said all along, if Portugal falls, it’s only a matter of time before they drag Spain down too. Already Spanish regional banks have had to announce plans to be recpaitalised to the Spanish Central Bank. Three have already requested funding from the Spanish government’s own bail out scheme.

And then of course you have the straw that will break the camel's back as Italy shouldn’t hold her breath either. Another economy biting the dust could well plunge the whole Eurozone into a quagmire of inflation, deep division and signal the end to the common currency.

Just like centuries before, The Fall of Rome could be a massive turning point in European history. 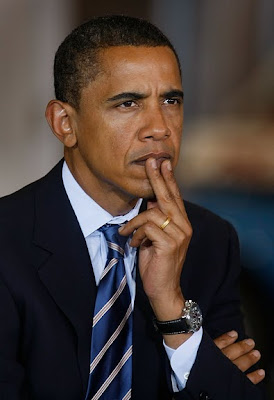