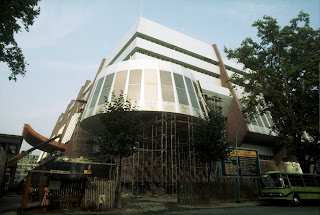 Another month, another Parliament in Strasbourg and another mass migration from Belgium to Eastern France of MEPs, assistants, lawyers, journalists and trunks and trunks of paperwork.
On the agenda for June is the Working Time Directive, this time manifesting itself in the sector of self employed drivers. The controversial 48 hour working week posited by the Commission has been kept out of UK law for the last decade due to a veto in the area of social affairs and employment. Yet following the accession of a new Commissioner for Social Affairs last year, there is pressure, particularly from the member states who have adopted the EU’s stringent policy on working time, to force the UK to kowtow to Brussels.
Extending the working time directive to cover self employed people is nonsensical. The policy is sold on the premise of protecting employee’s rights and therefore has no place in a self-employed framework. Yet the Committee would have you believe it was a matter of safety, disregarding regulation 561 which already covers driving time and is applicable to both large companies, small businesses and the self employed. This is instead a matter of advancing this unpopular legislation sector by sector.

Everything directly related to the business would be considered part of Working Time, for example, paperwork, maintenance and general administration. In large firms people are employed to do this, therefore administration time has no impact on driving time. Self employed drivers however must do their own administration and would find under the directive’s conditions little time left to do the driving itself.
I raised this issue in Parliament and will most certainly be voting to maintain the directive as it currently stands, and continue to fight against the expansion of the Working Time Directive, which acts more as a stranglehold on independent firms and arguably the right for people to choose the hours that they wish to work.

Also on the agenda this month is a discussion about the Schengen Information System. The Schengen Agreement was signed in 1985 between five of the ten member states of the then European Community: Belgium, France, Luxembourg, the Netherlands and West Germany. It allowed passport free travel between those countries involved and to date consists of 25 European countries, covering a population of over 400 million people and an area of more than one and a half square million miles. The UK as well as Ireland opted out of the agreement yet we do however participate in the Schengen Information System, which is a network of some half a million computers across the EU which share data on people, their movements and so forth in a bid to tackle the heightened possibility for crime that naturally come

Currently Romania and Bulgaria are gearing up to ascend to the Schengen information system. Yet the question is whether adding more computers and more countries to the pack would jeopardise security further. Around a half of all computers at some point are victims of hacking. The booty for a computer criminal wishing to access such sensitive data is of course of immense value, and the more systems linked in, the greater the chance of access. Similarly, the passport free flow of people is not only convenient for businessmen and tourists traveling across the continent, but equally serves a growing population of traffickers and international crime lords. In order to combat this risk, the amount our everyday lives can be policed would most certainly have to deepen. Can we really be sure these countries are ready to adhere to the sort of technical standards demanded by such a sensitive system? Who will afford the development of their own networks? The current Schengen Information System relies heavily on the efficacy of each member state in monitoring and then sharing vital information. There is a great deal of trust involved, not only to do the job properly in each country, but to handle the data collected with respect and care.
Even though we never agreed to be part of Schengen, the necessity to cooperate with the information system due to visa free movement across the EU, means your data, as well as the data of people in 26 other countries, is accessible to people from Norway, to Greece and soon to Bulgaria and Romania.


Add to that a rather slimy rumour circulating the continental blogosphere about links between Jose Manuel Barroso, C 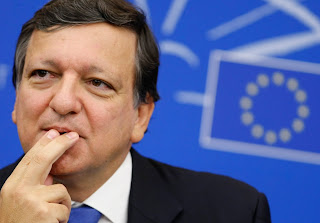 ommission President and EFG, Greece's No. 3 bank controlled by Greek billionaire Spiros Latsis on whose yacht Mr Barroso holidayed in recent times, a sin that saw even that nine-lived Mandelson lose his job, prior to another resurrection. This bank has been seemingly profiting from the Greek bail out
and Greece´s richest private banker, one Mr Latsis, who holds a 40 per cent stake in the Greece- Eurobank EFG Group.

And so I proposed during question hour a very reasonable question, that of whether this friendship could cause a conflict of interest. But just like a year 7 pupil trying to chastise the Headmaster, I was strictly informed that my question's insinuation was out of order and didn't warrant any sort of reply. A very cunning, and simple way to avoid sharing the true facts, one might assume.
Posted by John Bufton MEP at 10:00:00