The phrase two-speed Europe has been bandied about in recent weeks, and it seems even the most optimistic commentators have started to pluck their heads from the sand and brandish claims that fiscal and federal union is the only thing that could save the Euro.

For a long time, people like me have claimed that you simply cannot have a common currency without the homogenisation of economies, harmonising taxation and spending and thus surrendering a great deal of sovereignty. That is why it is vital the UK never joined the Euro, and it is why the currency has suffered so significantly in the global financial crisis. Yet when we were saying this even just a year ago, we were labelled doom mongers, trying to scare the public that the EU was more ambitious than it really was, that no one was trying to undermine domestic power and there is no need to force the Eurozone to club together and become more than just an economic bloc, but in all respects other than name, a federal superstate. Now everyone is proclaiming how it is essential these moves are made, as if they too had been stating the obvious for years and were also jeering at the 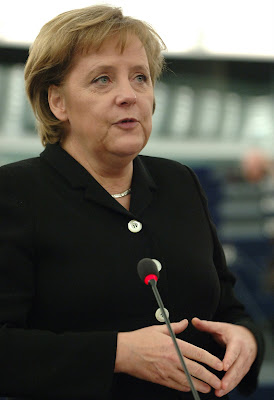 Commission everytime another bail out was awarded which would have as much efficacy as trying to bail out a sinking ship with a thimble.

Now, all of a sudden, the two Eurozone powerhouses, France and Germany, in the wake of the portent of economic federalisation, called an urgent meeting to establish a Eurozone government.

This new government would be made up of heads of state that will meet when necessary and will elect a stable president for two and a half years. The man they have in mind is (somewhat laughably) that famous European figurehead Herman Van Rompuy. Who? Oh, you've forgotten him already! You know, that chap who was elected President of the EU...

The establishment of this government to oversee national budgets and taxation and so forth will require changes to domestic constitutions over the coming years, and it will be interesting to see whether voters are consulted. One imagines if they were few would lean favourably towards the proposition of further intrusion upon national powers, so as is often the case with the EU when it comes to unfavourable voxus populai, one imagines there will be no recourse to public opinion. Not really democratic, but afterall, when it comes to the EU, what truly is? 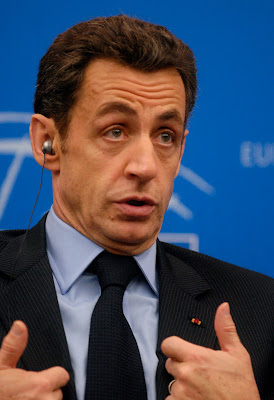 It will also be interesting to see how other Eurozone countries respond. After all, the proposals amount to them handing a large amount of budgetary power over to France and Germany.
Angela Merkel and Nicholas Sarkozy are optimistic that they can persuade all the eurozone nations to pass these domestic amendments by summer 2012, which is highly unlikely.
Yet also these agreements have failed to solve the problem. International markets are wondering what will happen if Italy requires a bail out. The EFSF currently contains 440bn euros which would be a long way off enough to save Spain and Italy if there economies deteriorate. Yet actually growth in Germany has slowed to a painstaking place and actually stagnated in France, so where they could seek additional funds in the Eurozone is unclear. For the same reason the German and French leaders also refused to issue eurobonds, meaning underwriting European debt using their own taxpayers' money, by acting as guarantors. Eurobonds would have allowed weaker economis to borrow at the same costs as France and Germany, but would ultimately have led to huge public outcry by French and German citizens who do not see it as their responsibility to rescue the economies of their common currency neighbours.

The negotiations therefore are looknig at long term solutions of establishnig a tighter knit Eurozone but does not resolve the real problem today. This is surely to be expected. Since the outbreak of the recession the Commission has sought opportunities to push for deeper integration, often championed by France and Germany.

Casting my eyes back over speeches last year and in 2009 it's interesting to see how words I said over 12 months ago that were shouted down are now being echoed by the IMF to the ECB to the BBC. Take for example this speech:

"What is the future of the Euro in the light of the problems in Greece, and for that matter, Spain, Italy, Portugal and Ireland? It must be of some reassurance to the UK that we never joined the Euro. It seems promises of strength through solidarity couldn’t be further from the truth.

The problem for the 16 nations in the eurozone is who pulls the purse strings. With little fiscal coordination, and no treasury, membership to the Euro is by no means an elixir for good economic health.

It turns out that when all turns sour, they take the opportunity to seize greater control while you’re on your knees. We must wait to see how Greece will react to becoming an economic protectorate of the European Union and whether it will bring civil unrest. Is this really the European Dream? Who is next ? Spain? Portugal? Italy? Or Ireland?"

Evidentally, all the countries above slipped into economic turmoil.

Similarly I said last year that

"Ideological clinging to the euro will see monetary problems resurface in boom time and bust.

A single currency only works in tight knit federal environments. Perhaps, with this being the Commission’s ultimate intentions, they have put the cart before the horse."

I hope now people will begin to see that Eurosceptics are not extremists, right wing lunatics, heretics, scaremongers or ill intentioned. Perhaps we simply have common sense, which clearly means no common currency!