The Little Town with the Big Cathedral that was 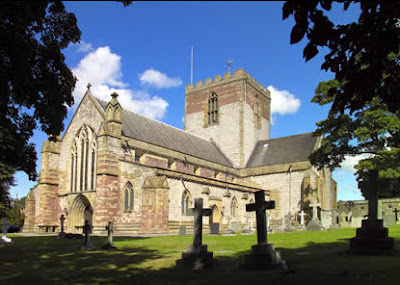 As part of the Queen's Diamond Jubilee celebrations, city status has been conferred on a town in all four constituent countries of the United Kingdom.

In Wales, the recipient was St Asaph.
The small town in Denbighshire, home to a modest 3,400 people and only 1,550 residential properties, can now proudly call itself a city.

But what's in a name?

It is often erroneously held that only a Cathedral maketh a city.
Yet there are numerous examples of cities in the UK without cathedrals, Birmingham the most notable, as well as Cambridge, Derby, Hull and around 10 others.

Similarly, where there is a Cathedral, there is not always city status. St Asaph was one such example.

As from 1888, the presence of a cathedral ceased to be a relevant factor in granting city status, although St Asaph's voluntary run community newspaper goes under the title The City Times.

The little Welsh city attracts some 800,000 visitors annually, with the Cathedral, which dates back 1,400 years, being the focal attraction.

However the award of a city status does not come with increased administrative powers or attract more government funding. So what does this ceremonious honour actually bring?

For those connected with the City's historic landmark, it represents acknowledgement of the ancient cathedral which they feel was devalued by St Asaph's lack of city status.

Other than that, the moniker brings no special rights other than conferring on a place the title of "City" which many believe encompasses a prestige in its own right.

It will however mean money spent on changing signage, letter headings, guide books and the like. But will it attract more visitors?

I would venture to say yes. At least for the near future.

After all, we are talking about it, and you are reading this, and perhaps if you hadn't been there before or even heard of the Cathedral you may now be thinking of calling in for a look around. And footfall means liquid cash.

However despite it's dainty size and idyllic setting, St Asaph is by no means the smallest city in the UK. That badge can proudly be worn by St Davids in Pembrokeshire, whose population of 1,797 (at the last count) means it is less than half the size of its North Walean relative.

Some might say that the campaign for city status attracts regeneration and inward investment. Just being in the race mean a significant facelift for a large number of the runners.

But rumour has it, little St Asaph, who until the 1960s actually thought it was a city, only set aside £300 for their bid compared to the thousands larger connurbations pumped into their efforts.

Either way, the status is likely something that people do not even wish to monetise.

It's a special moment and a day of pride for the community, and that, many would say, is priceless.