Power and the money, money and the power, minute after minute, hour after hour. 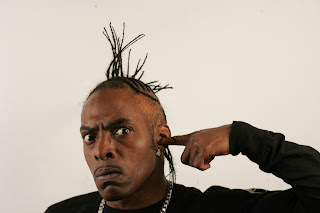 It's not often one feels compulsed to entitle a blog post with American Gangster rap circa 1995. But it's a rather apt extract.

First of all let me praise the industriousness of our emergency services for their hard work during the flooding in Aberystwyth ad Machynlleth. Until something of this nature happens to you it is difficult to understand the traumatic affect it can have. As parts of Ceridigion were submerged under five foot of water and clean up operations continue to take place in Talybont, Dol-y-Bont and Llandre I trust that the Welsh Government will do all it can not just to help households and businesses seek compensation but to prevent such incidents ever happening again. It is also imperative that authorities thoroughly screen flood waters for potential contamination which could affect farms or even the local water supply.
While it poured here in Wales, the rain in Spain thundered down from a dark economic storm cloud hovering over the banking sector. Indeed despite weeks of protestations we all knew to be vacuous, Spain finally had to plead for a bail out to stabilise the country’s inexplicable nexus between state funds and banking finance. The Spanish Government had borrowed extensively from the banks to fund a burgeoning structural deficit, yet after the property bubble burst in the 2008 credit crunch, the Government was then forced to start bailing out the banks. Now however finances ministers have agreed to pour £100bn to shore up Spanish finances. However a more conservative estimate for the figure needed is £400bn. Even though the sticking plaster may calm the markets temporarily, what is startling is how this will have a knock on effect across Europe. Mediterranean neighbour Italy is responsible for providing no less than 22% of the bail out at a shrivelled repayment rate of just 3%. But in order to cough up the funds, Italy herself must borrow from the markets, at a rate of interest of 7%, inevitably dragging her below the gathering rip tide. Meanwhile the loan to the Spanish Government itself will actually add a further 10% on top of already astronomical state debt. You could hardly make this stuff up.
And still the problems with Greece are not solved. In fact on the 17th June Greece is set to go to the polls again – a day which could see a newly elected government steadfastly refuse to abide by the austerity measures conditional of receiving future financial aid. No wonder. These imposed cuts have ripped the economy to shreds throwing hundreds of thousands out of work, leaving pharmacies empty of life saving medicines, slashing welfare payments as the state finance pot runs totally dry forcing families onto the streets to beg for food. A ‘Grexit’ is liable before the month of June is even up. The exposure of the European Central Bank to bail out countries such as Greece is almost €500 billion. If Greece leaves the single currency, that is likely to cause the ECB itself to go bust, unless it can recoup money from Portugal, Ireland and Spain.
Speculation among Eurosceptics and Financiers alike is that the whole sorry mess was intentionally engineered to force Europe into becoming a European Republic. It has been common consensus for years that a single currency cannot work with so many different Exchequers. As the crisis struck, instead of Brussels shrinking from its disastrous fiscal errors, instead the call has been for deeper integration, forcing the burden of debt to be passed from neighbour to neighbour dragging each and every country into the same calamitous myre. The next country veering headlong towards bail out is Cyprus, and while we are not in the single currency, the exposure of British banks to European debt is an eye watering $430bn, or 19 per cent of our GDP.
Customers of Santander may fear the fate of their savings given the bank’s Spanish parent, but the bank is one of the least vulnerable in the wake of a dramatic and increasingly likely Euro crash. Barclays and RBS, the latter having been already bailed out by the British taxpayer, have the greatest amount of money tied up in the Eurozone. A total of £191.8 billion is estimated to be at risk.
Should the Eurozone fail to repair its problems, the global financial sector would breach under a ripple effect far greater than observed in 2008 after the Lehamn Brothers collapse. Yet it is more and more apparent that perhaps Brussels does not want the problem to be solved. Whilst economic crisis may lead to human misery as we are seeing in Greece, it also, rather conveniently, allows Brussels to conduct the most flagrant power grab for the final slice of federal pie – fiscal integration. For he who controls the money also controls the power
Posted by John Bufton MEP at 10:58:00