I once read an opinion piece in a newspaper which said that if the Tories wanted to turn back the clock twenty years, then UKIP wanted it turned back fifty. The comment was likely designed as a slur, a reference to some sort of idealistic nostalgic retrospect of the way things were. However, isn't this more and more society's inclination, and if it is, what is so bad about that? 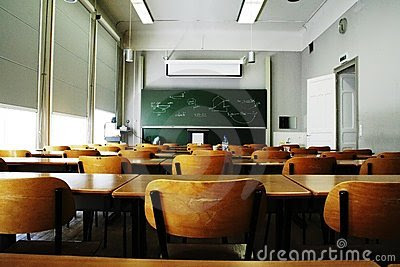 From buying organic to local provenance and the sudden return to popularity of "old fashioned" cuts of meat and traditional British dishes, to the ever evolving cycles of fashion and music, remodelled classic cars and remakes of films, the presence of our past is pervasive throughout popular culture, and so it should be. It is our identity


But what about in politics?


We often hear the phrase "old fashioned values". You rarely hear the past being spoken about as something dire or squallid. Not in the UK anyway.

History has shown us that everything from the maxims that bind a society, to geo-political landscapes, to the earth's climate changes, are bound by varying concentric circles of change. Empires come and go. Benchmarks for prudency, decency and hedonism undulate. Some summers are good. Others are a washout.

When it comes to judging things from a latterday era, it is fair to say that nothing was perfect. Looking at the world through rose tinted glasses will not help push forward an ever changing global population. But learning from history will.

Forgive me if I have come across rather Keatsian in my introduction. I remember learning his works at school. Something which sadly, few peoples could lay claim to today. Which brings me on to the topic of this blog post. Education.

As an individual and as a party, UKIP and I resolutely support the announcement by Michael Gove of the restoration of the O Level. In our manifesto we champion the need to return to previous methods of teaching and examination.

From effectively teaching the "three R's" and using phonics to teach reading, to reintroducing the traditional methods of arithmetic and basing targets around those expected in the 1950s, I strongly believe the school system needs a big shake up.

We are falling behind, and nowhere more so than in Wales.

In recent PISA rankings Wales scored below average in reading, maths and science, putting it below a number of developing countries and former soviet satellite states in educational acheivement.

Yet the younger generation are our investment in the future. With an ever increasing global economy and access to education improving around the world, without inspired minds, our future is bleak.

When the GCSE was introduced in 1988, it was quickly extended to accommodate the full range of academic abilities. The result was inevitably one of "dumbing down". The system then extended upwards to A Levels, and with Government targets on getting more and more school leavers into University, the value of the degree began to plumment and students who otherwise may have excelled in vocational courses that would contribute invaluably to manufacturing and design in the UK found themselves with Mickey Mouse qualifications, little life experience, reduced job prospects and in debt up to their eyeballs. 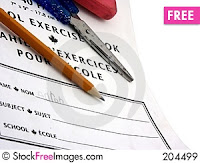 There are two reasons why society however continues to champion this vain pursuit of pseudo-academia. First of all, it's the centrally imposed social status of those with a degree. We have been told repeatedly that you 'need' university to get on in life. That it would be ill perceived of to not have spent 3 years in full time education after leaving school. It is also a trick played by Governments to bring down youth unemployment statistics, yet what it creates is a bottle neck of jobless graduates who cannot contribute to the economy.

It also comes down to the very tetchy subject of ability.

The differences in our capabilities must be papered over. Whilst we cannot deny that some people are naturally better at maths, others are proficient linguists and others are just generally good all rounders, we tend not to like to separate children on ability  too divisively for fear that it will harm those who, for want of a better expression, don't make the grade.

When it comes to sports, music and arts, these are often regarded as more inherent, and as such, less teachable skills, so promoting ability in these areas tends not to come under the same level of scrunity.
I am a firm believer that every child deserves the best possible education.

Is selective education about separating the wheat from the chaff or about tailoring the classroom environment to the needs of the pupil to the closest possible degree?

One thing is for certain. Any selective education should be based purely upon how the child will perform in a set environment via empirical testing, not upon socio-economic background.

It's an emotive subject. However, in terms of segregating different groups of pupils, what is the difference between establishing grammar schools, and organising year groups into sets based upon ability within one school?

I tend not to look at the debate from the angle of pushing on the brightest, although I do applaud the access a great grammar school can give to a pupil from a low income background with great potential.

I look at it more from the perspective of what is most likely to demoralise the young, and through which structure we can best achieve creating an education system suitable for all.

The reintroduction of the O level will see better performing students siphoned off to sit a separate test. Is it therefore logical, if there is to be a two speed of teaching, to conduct this via separate educational establishments where each can focus upon its own needs and requirements and as a result, offer the best fit product for the greatest number of people?

Have we become far too sensitive about matters which, when I was growing up, were taken more as "facts of life"?

I believe social mobility and broad spectrum inclusion have certainly improved over the decades. There was a lot wrong with the incredibly schismatic wrenching apart of teenagers under the former system

Some pupils were destined to only ever learn tertiary or blue collar skillsets while others were pushed towards white collar professions. Opportunities were denied and potentials abandoned in favour of a drachonian and cruel intellectual class system. This cannot be allowed to happen again.

But taking on board the positives that grammar schools have and still offer, is it not time we open our minds to their re-establishment?

It is a thorny debate often dependent upon your own life experiences and political persuasions and one perhaps with no right answer. However one thing is for sure.

Our schools are simply not performing. I welcome a radical change with open arms.