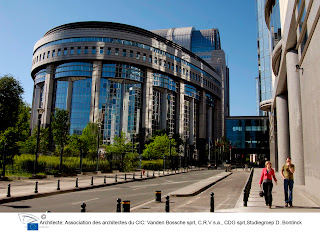 It was reported over the weekend that the EU had plans to rename The English Channel under a regionalization scheme supposedly designed to phase out national borders and create replacement European ones. I say supposedly because with all things reported unfavourably about the EU, the tendency to exaggerate is far too strong for many journalists to resist. I'd imagine it's a by-product of such a slow moving, knotted, complex and outwardly rather dull institution that the top line of a story is never really that clear, and on occasion, needs a bit of editorial license to sex it up for the readership. Well, as per usual it's that potent mix of smoke, and fire, with this story.

Of course, the assertion that the EU wants to rename the channel makes an otherwise fiddly story interesting, but the real bones to a story on the INTERREGI programme is it's actual existence.To quote the Express, they stated that "Under a Government-backed scheme, bankrolled by British taxpayers, officials have been working on breaking down national barriers by creating new regions for Europe. Under the plan, a vast swathe of southern England was joined to western Belgium and northern France in 2003 to become the Arc Manche ­region of Europe.With the first map of the region ­being drawn up, the divide between the countries is being played down by giving the Channel a new name. " 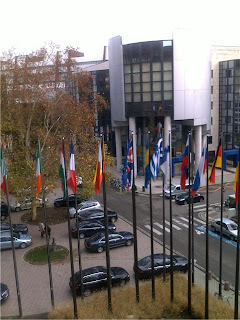 Ok, so the channel being renamed is actually more of a third line element, and is actually part of some map being sent out to schools in the proposed region. Now this is the worrying element.
I have to believe that the EU do in fact want to regionalise the various member states, creating or rather forging more broadreaching unity through necessary legislative absorption. I don't think they would deny they want to see deeper integration and cooperation between countries, but in order to do so, artificial borders are now being stenciled across the continent, and projects based around the new regions are being afforded by the none-the-wiser taxpayer.

The problem is this: Where is this re-regionalisation taking us? Do they intend to carve up the EU and establish new states, much like they way in which Colonial Europe carved up Africa and assimiliated unlikely tribal neighbours within new national borders, still resulting in civil conflict in many parts of the continent. Is this just another stepping stone towards the United States of Europe? Undeniably so. But it is you, the taxpayer and European citizen, funding this project and all the while you are not being told 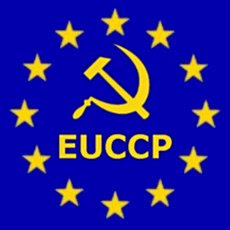 about it, or asked whether or not you even remotely approve. The UK Government have approved on your behalf, in exactly the same way that Mr Brown claimed to represent us all when he signed the Lisbon Treaty. But perhaps more worryingly is the fact that the EU are taking their intentions straight to school level. While the adult world are being kept in the dark about many of the intentions and goings-on in Brussels, denied referendums, but are expected to foot the bill, our children are being told in school that this is how Europe is, this is how Europe will be and this is the right way to think. Propaganda (for want of a less obvious term) is being circulated among the next generation of voters already, the ones who are expected to take the baton of integration and globalisation into the 22nd century. And that's worrying. Surely at school level the future generations should be taught a balanced view. But in an education system where most 16 or 18 year olds leave school with almost nil political knowledge, and go on to take their cues from The Sun, or become apathetic non-voters, the zeal with which the EU is seizing the opportunity to flog a federal Europe to children is much like the Colonial's anaesthetising the natives with whiskey and religion.

I went online to find out more about the way the programme claims it operates at www.interreg3c.net Unsurprisingly all I got was a load of jargon under the useful title: What is the INTERREG IIIC programme?Apparently it's "one of the three strands of the European Community Initiative INTERREG III designed to strengthen economic and social cohesion in the European Union by promoting cross-border (strand A), trans-national (strand B) and interregional (strand C) co-operation...The co-operations under INTERREG IIIC gave access to experience of other actors involved in regional development policy and created synergies between "best practice" projects and the Structural Fund's mainstream programmes."
You'll be pleased to know that this whole operation requires that eac

h programme zone (North, East, South and West) set up its own but similar management structure consisting of a Steering Committee , Monitoring Committee, Joint Technical Secretariat, a Managing Authority and a Paying Authority. That's a lot of jobs for an operation that the average Brit funding Interreg UK is not going to remotely understand. A scheme that is not even remotely necessary. And costs a huge amount of money.

But fear not, if you are seeking further information on what Interreg does in the UK, the not-so-useful www.interreg3c.net website rather comically directs you to www.interregiii.org.uk which at least goes some way to addressing our country's financial issues!