I am again to take umbrage at the way Brussels want to rule with an iron fist.
Yet this time it's about a rather controversial topic - smacking.

You may recall I wrote about the EU ordering the UK to give prisoners the vote the other month. Well, the issue of smacking is not too distant from the controversies of corporal punishment in that it all boils down to so-called human rights an the UK's relationship with them.

Few naive Brits I would imagine perceive their country to be backdated, illiberal, even cruel or abusive to rights. I think a lot of people, foreigners included, would see Britain as one of the most tolerant, modern and liberal countries in the World. Yet a great deal of what is entrenched within the norms of British culture are now being overturned and dragged out into the open by Europe and condemned. Are we really an abusive country?

When it comes to corporal punishment, or "smacking" which seems to me a more apt label, people are split down the middle. Children's charities would say adults are better protected by law than children and that it should be a legal matter to outline that you must not hit a child. Some parents on the other hand would shudder at the possibility that they could be criminally charged for the way they discipline their child. And a great deal more would say, well, what is the point in even raising this as it is totally unpoliceable.

In fact, in Wales, the Assembly have already tried to pass legislation on smacking only to find it blocked by Westminster on the basis of devolved policy areas. 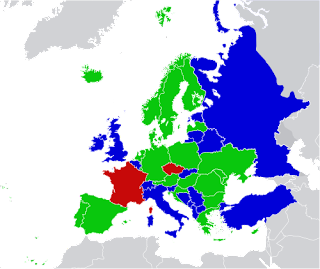 does not ban smacking outright. The policy we have here is that it is outlawed in public spaces and schools but not in the family home.

Interestingly you will see that France, with it's big red landmass, does not outlaw corporal punishment at all.

For me, the question again boils down to, not whether or not we should be having the debate, but that it should not be up to another country or political body to tell the UK how to legislate in this area. The reason I say this is because so much of how we behave, what we consider decent, and how we apply legislation that turns particular actions into an offense is based upon culturally relative maxims. By this I mean what is good and right in one country is not perceived as good and right in another, and talk of blanket human rights are both infringing, dangerous and are best left to religion. Of course there are standards of behaviour and a standard of living we believe everyone is entitled to, but when particular "rights" start being turned into legislation, here is where we have a problem.

It is blanket rights that give most prisoners a more comfortable standard of living than the working man. It is rights that see rapists fight deportation, sex offenders ask to be removed from the register and migrants claim your garden shed as their home.

So what could be the downside of legislation on corporal punishment?
First of all let's not assume that children are all naive. There are many children and young offenders who would use such a ban against victims of crime, turning them into perpetrators of violence. False accusations would fly, costly cases and relationships between parent and child would be open to policing. Many parents struggling to deal with unruly children or immensely difficult situations could suddenly find themselves reported for child abuse.

Mild smacking is permitted under a "reasonable chastisement" defense against common assault in Britain. But contact that causes a physical manifestation, such as bruising, swelling, cutting, carries with a jail sentence of up to 5 years. But in the views of the Council of Europe deputy secretary, Maud de Boer-Buquicchio, this constitutes reasonable violence against children.

Whether you are a smacker or not, whether you were smacked or not, whether you agree with smacking or not, it's a very difficult and sensitive issue where the rights of the child and protection of the parent's powers must be balanced. And Europe dictating our legislation from afar is the one clear way to make sure that such equilibrium is never met.
Posted by John Bufton MEP at 15:25:00