Faulty Implants due to EU Boob 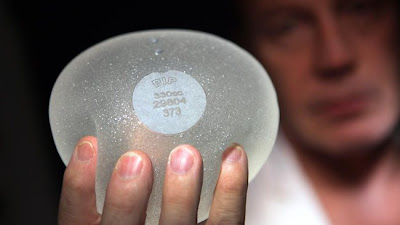 The debate about whether people should or should not get implants removed on the taxpayer has conveniently taken the heat away from asking serious questions about HOW the PIP implant that potentially poses a major health risk, entered mainstream circulation in the first place. In some respects, I support the private health clinics who say they are not the ones to blame for the health scare, after all, they were told that the implants used in the procedures were safe so why would they imagine otherwise?

In fact the buck stops not with the clinics, or British regulators MHRA but in France where the implants were deigned and manufactured, and with the EU, who allows national regulatory authorities to grant their companies and products a CE (European Conformity) mark as guarantee of quality, but then forbids the MHRA from conducting further checks in order to protect British patients. The MHRA is forced, under EU law, to permit the import and marketing of anything with a CE mark, disabling regulatory bodies here from having any jurisdiction over EU manufacturers.

French authorities only shut down PIP after a staggering 40,000 British women had been fitted with the faulty implants, suggesting that in fact covering the cost of removing the implants should come from our Gallic neighbours. Imagine if the shoe was on the other foot and a British designed and manufactured product was putting French health at risk. Can you imagine Sarkozy NOT demanding that the UK government shoulders the bill? Exactly.

From this boob one should hope that in the future British authorities be allowed to make quality control checks on imported CE marked products. It is another example of where broadreaching, homogenised legislation is damaging to the UK, and until we are fully out of the EU, there will be more stories like this to come.