We wait with baited breath to hear whether Wales should have a Referendum and when that might be. Well,I say baited breath but we all know the findings of Sir Emyr's report will surely say "yes". And this is something I wholly applaud. It's most important that democracy is exhibited by actively asking the voterate what's important to them, and consulting them on key decisions. But how a referendum is orchestrated and how the campaigns are funded are also important factors. If campaigns are weighted or biased and twist and distort the facts,or the "No" campaign receives more prominence than the "Yes" campaign - the public are not actually free in the decision making process. Similarly the way that the question is worded carries significant weight. I will be following zealously every step in the campaign to see whether Wales can tread where Europe dare not venture : The Referendum.
Posted by John Bufton MEP at 18:11:00 1 comment: 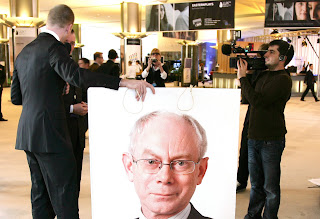