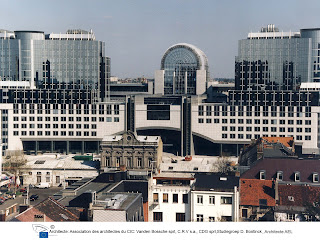 It's the last week of activity for MEPs before Brussels closes down for the summer to reopen again in September, giving MEPs time to work in their constituencies. The dates aren't too dissimilar from school holidays, but wonder how many school children of today will be able to retire at 60 with a guaranteed, average healthy pension of £60,000, that's costing Britain some £135 million? So whilst they demand Europeans be realistic about having to work longer and retire on less, they make sure that they are exempt from this? Typical EU hypocrisy.

Meanwhile under EU regulations, foreign nurses can no longer be subject to competency tests in the UK, as this is deemed to breach EU law on the freedom of movement of workers. The Nursing and Midwifery Council have been told they will be SUED if the tests continue to be administered. This means thousands of NHS workers cold move to the UK and operate without prior checks on their fitness to perform in or healthcare sector.Rigoruous competence exams previously made sure foreign nurses were able to effectively treat patients in Britain according to our stringent healthcare rules. We have already seen a number of cases documented by the press where foreign medical staff have failed to diagnose and treat UK patients to the standards we expect, leading to huge downfalls in the delivery of care. I am not suggesting foreign medical staff are at all incompetent, bt they must be subject to the same watertight checks that apply to doctors and nurses that have been trained in the UK to assure patients of their ability to serve correctly.Without these tests it's even possible foreign nurses will no longer be required to show they have even looked after patients in the past three years It's frightening stuff. 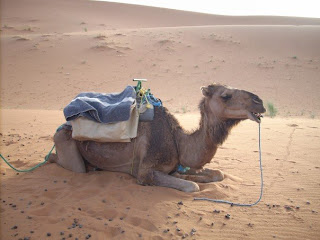 And finally, if that's not enough hot air for you, it seems you may be producing your own if the latest imports approved by the EU end up on your breakfast table.
Camels milk from the UAE has passed the first stage of an EU approval to allow sale in British shops. The European Commission will send experts to assess milk producers in the Middle East in order to allow exports to EU countries as early as the start of next year, including camel chocolate, cheese, and ice cream. According to health experts, as well as its high mineral and vitamin content, research has suggested that antibodies in camels' milk can help fight diseases like cancer, HIV/Aids and Alzheimers.However I've also heard rumours that if it's not something you're familiar with, it wont half make you break wind...
Posted by John Bufton MEP at 13:48:00 1 comment: