It can be hard trying to convince certain Welsh people about why leaving the EU would be so beneficial for Wales. So often they will call up the millions given to Wales through Cohesion Policy and suggest Brussels has really helped impoverished Welsh communities develop in the wake of huge industrial closures.

I try to explain that even so, we'd be better off if we handled our regional funding ourselves, but there must be something mesmeric about the swathe of blue plaques dotted on a handful of new buildings, positioned in some of Wales' most idyllic locations and prominently displayed on hoardings for events and occasions that makes people think "look at all the stuff Brussels is paying for". [Incidentally here are Brussels rules on blowing their trumpet]

Well finally, it's been calculated that Wales would be better off out of the EU. A recent report by Open Europe examined the costs of cohesion contribution against the value of regional funding in the UK. As a whole, the UK pays far more in than it gets back out. But this is not something that we didn't know before. For hardline Welsh nationalists, what matters is that West Wales is nonetheless a net contributor, and some cynics would suppose that if regional funding was governed by Westminster, greedy London would no doubt leave Wales high and dry. Perhaps therefore that at least for Wales, it's a good idea to stay in the EU. Even better, think some Plaidists, Wales should become a member in her own right. 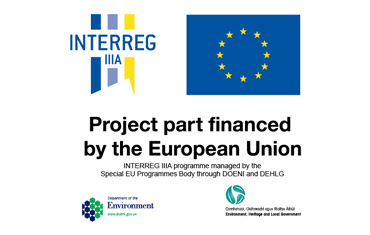 Well thankfully the Open Europe report and some number crunching reveals that Wales is in fact a net contributor.

West Wales gains 40p for every £1 but balanced with the contribution made by East Wales of £2.90 for every pound, Wales overall pays £1.65 for every £1 received.

Cohesion Funding is often championed as the reason why being a member of the European Union is of benefit to Wales. I am delighted to see that this myth has finally been busted.

‘You pay us millions into a central pot, we will give back 65% and tell you exactly how to spend it but you must then say how kind and generous the EU is’.