Evidentally Turkey is not just for Christmas

I was recently invited to write this article for Public Service Europe. It raises interesting questions over who is working in Brussels, and how democratic a system is being employed.

Although I find there to be countless examples of why the EU flies in the face of democracy, I attempted to keep this item contemplative rather than empassioned, raising the key issues that I believe many readers would find interesting.

If complaints already exist about th 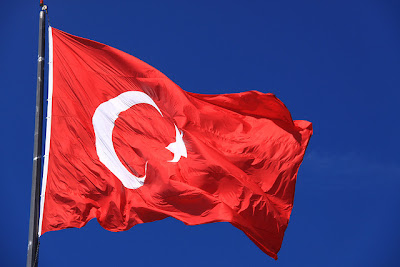 e level of legislative intrusion Brussels has on domestic governance, then imagine the consternation that could be felt with the revelation that such legislation is not only made by those 26 other nations who are members of the EU, but equally by a raft of other countries that are not.

Recently the Turkish Government appeared to gloat when they publicly announced that Turkish officials will be “shaping the EU’s future politics and legislation”. However they were not referring to finally being granted the membership that is so widely debated. Instead they were referring to the signing of a “memorandum of understanding” for the secondment of Turkish officials at the European Commission. The action, entitling Turkish foreign officials to steer policy alongside civil servants in Brussels, was ratified in Strasbourg at the end of last month by Minister for EU Affairs Egemen Bagis and Vice President of the Commission in charge of Inter Institutional Relations and Administration, Maros Sefcovic.

Turkish professionals with be employed at the Commission as “Seconded National Experts” - a scheme that allows applicants, usually from the EU member states, to work for the European Commission on secondment, while still receiving pay from their employers alongside generous subsidies from the EU. However the scheme also extends to non-EU member states, with Brussels labelling the recent agreement with Turkey a “milestone” for EU relations.

Turkish bureaucrats will work alongside Eurocrats in policy making and the implementation of EU politics, meaning effectively, Turks will have a role in shaping the EU agenda.

The majority of domestic laws, often estimated at around 75%, emanate from Brussels. To learn that Turkish officials will also be instrumental in creating legislation, despite Turkey not being a member of the Union, reveals what many may perceive as a democratically bankrupt and unaccountable lawmaking process. Laws affecting Britain can be developed by Turkish officials with no accountability to the British taxpayer and with questionable adherence to British interests.

As a candidate country for EU membership, Turkey is increasingly working within and alongside the EU. This is despite the fact that Turkey has been occupying a large part of Cyprus, a full EU member state for years and has been linked to potential security risks.

Alongside a customs union with the EU, which significantly increased the volume of trade between Turkey and EU member states, and EU foreign direct investment in Turkey to a tune of around €9 billion per annum, Turkish officials will now have SNEs in Brussels who will “work alongside Commission officials, helping to achieve the strategic objectives defined by a Directorate-General or Service for the benefit of EU citizens.”

Many would argue that increased cooperation between the EU and Turkey is no bad thing. However, without elected representatives in Parliament it is questionable whether they should have influence in the Commission.

It is not just Turkey given the privilege of having EU civil servants. A job advert for the EU Institute for Health and Consumer Protection stated that officials were wanted from “Albania, Bosnia & Herzegovnia, Croatia, FYR of Macedonia, Iceland, Israel, Montenegro, Serbia, Switzerland, and Turkey. Applicants of other nationalities cannot be considered for this specific call.” Indeed European law would likely prevent such a job advert being placed by a UK company that wished to specify that only certain nationalities apply.

Without doubt in a bid to pave the way for these other nations to eventually join the EU, work both on the ground in third countries, and within Brussels by third country nationals, is something about which the Commission remains tight lipped in the public sphere.

Yet it would appear that Turkey was calling somebody’s bluff by announcing their new found powers within the corridors of Brussels.

While civil servants across Europe are threatened with redundancies, pay cuts and pay freezes due to austerity measures, it is surely a bitter pill to swallow to learn that officials are being appointed from a wide range of non EU countries and also enjoy handsome remunerations on top of their pay.

Most importantly, I believe it is essential that the voting public are made aware of such contracts. After all, as an organisation that purports to be democratic, transparency and accountability should be the cornerstones of EU operations.