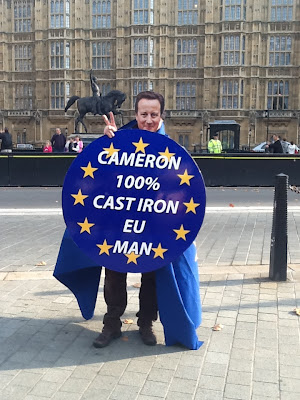 When the Coalition Government pledged a new form of governance embracing direct democracy and established e-petitions they should have known membership of the European Union would be mooted.

Perhaps in the wake of the Eurozone crisis, with ongoing bail outs and economic reverberations keenly felt in our own markets, people are more disillusioned with the European project than ever before. With Polski Skleps opening on a large number of commercial streets, perhaps there is an increasing perception of unjust competition for jobs with migrants from other EU member states, causing people to demand a rethink.

Yet I do not think this is what really underlies the call for a referendum. People in Britain are by nature far from hostile to their European neighbours, or economically egocentric.

Instead it is simply due to the Government’s track record of failing to heed the vox populai on Europe that the public are clamouring to be heard.

It was back in the 1970s that the UK held its first, and only, referendum on membership to the then European Economic Community. It was a free trade organisation. No Parliament. No common currency. Just a few years later Harold Wilson promised a referendum that never came, and again in ‘83, Labour pledged to withdraw from the EU in the following Parliament, but lost the election.

A decade later European leaders signed the Maastricht Treaty creating the modern day European Union. Denmark and France were the only member states to put it to a vote.

In 2004 Tony Blair promised a referendum on the European Constitution Treaty and all three main political parties promise referendums in their general election manifestos the following year.

France and the Netherlands held referendums and rejected the proposals, causing the European Commission to repackage and rename it the Lisbon treaty after only minor concessionary changes. In Ireland, after the public voted against Lisbon the Commission demanded a second referendum and poured millions into the campaign

The UK signed it without recourse a public vote and the High Court rejected calls for a judicial review into the legality of the ratification.

This week’s debate represented 37 years of defying public opinion and reneging upon promises, allowing power to be passed to a foreign body that today makes 75% of our laws.

Do not buy the argument that it’s because the timing isn’t right. The debate over whether to hold a referendum did not make a given date a condition. It merely called for a promise that has for so long been broken to be enshrined in law so that for the first time the public would be given a say.

The fact that public opinion has been unscrupulously ignored should anger all voters, whether pro-Europe, or Eurosceptic. The argument is not about whether the UK should or shouldn’t be in the EU. The argument is whether you the electorate get to decide.

It is hard to fathom why the Conservative and Labour Parties operated a three line whip. Only one Lib Dem MP voted for the motion and all three Plaid MPs opposed it.

Roger Williams Lib Dem MP for Brecon & Radnor and Glyn Davies Conservative MP for Montgomeryshire both voted that you should be denied a say.Read the full list of MPs who do not sign up for democracy here.

Last time I checked, ‘democracy’ was defined as a form of government in which all people have an equal say in the decisions that affect their lives, coming from the Greek terms “demos” (people) and “kratos” (power).