All the small things... 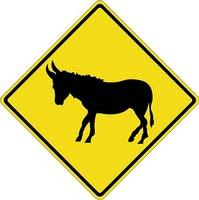 ...Quickly add up! The Telegraph and The Express both report on the EU's flagrant wastes of taxpayers' money. The annual report on the EU’s accounts from the independent European Court of Auditors has sparked outrage and deservedly so. The watchdog passed the accounts for only the second time in the last 15 years stating that “Errors are a consequence of too complex rules and regulations. Simplification, therefore, remains a priority.”

The £12o billion pound annual budget was found to be riddled with frauds, mistakes and huge wastes.

The budget afforded projects such as a donkey that tours schools “creating a reflection of all European identities”.

Eurosceptic think-tank Open Europe have also produced a report on 50 of the worst examples of EU waste.

The Express lists some of the most ludicrous examples of EU Waste. Here are some of my favourites:

6million on a ‘year of intercultural dialogue’, including driving a donkey through Holland for children to pet. Nick-named Donkeypedia, a donkey was taken around the Netherlands to 'meet' primary schoolchildren, even 'blogging' on its way."

EU Puppet Theatre aptly describes our sad situation. The more you learn the more apparent the need to leave this wasteful, gratuitous organisation.