It was great being back in Wales before training across Europe to Brussels again this morning. It is essential for MEPs to keep their finger on the pulse of their constituency and here in Wales the Assembly Government similarly see the need to try to keep their fingers on the pulse of the EU.
So yesterday a day of meetings with the other 3 Wales MEPs culminated in a sit-down with Rhodri and Ieuan.
You may hope that behind closed doors we all get down and dirty with arguments and accusations but actually we simply get on. Certainly the finger pointing, strong words and harsh criticisms are what makes news, and the majority of mudslinging is done in, and for, the public eye.
But behind closed doors there's a bit of an unprecedented detente between the four Wales MEPs; largely focused around the one issue we all agree on, Structural Funds.

As I've said before Wales could be set to lose all European Funding post 2013, especially if new member states come in, and at 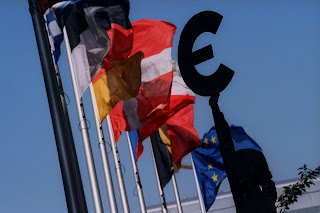 the cost too of the Climate Change Budget (which the smaller member countries are already sking to be torn up and rewritten to a much larger tune). What we are hoping to secure is a continuation of EU funding, whether that be dressed up in carbon reduction or another EU formatted scheme, or whether it is transitional funding designed to gently curve the reduction of EU income plateauing out to retain some sort of EU income. Unfortunately what Westminster are pushing for is to scrap regionalization of funding and make it National. European Commission seem to agree. This would without doubt mean Wales would be bumped off the EU's list, despite suffering concentrated economic and social problems which currently make us a viable recipient of financial support. On this, we all agree.

As we sit on different committees and have fingers in different pies we are able to unify on this matter and tackle the problem from different angles. In many respects our varying interests and different political background make this Allied front all the more strong.

Funny then that this is something The Tories time and again don't get. As the Euroschism deepens in the party and Cameron backpeddles on his referendum promise, the green light has been given for UKIP's General Election Campaign. If you want that referendum, we are the only party to turn to.
Posted by John Bufton MEP at 14:48:00